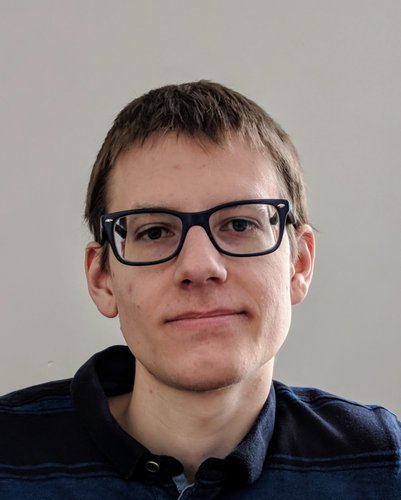 I am a first-year PhD student in the Computer Vision Group at the University of Bern, supervised by Prof. Dr. Paolo Favaro. I received my BSc and MSc in Computer Science degrees in 2016 and 2018, respectively, from the University of Bern. The topics I am passionate about include (but are not limited to) Machine Learning, Computer Vision and Computer Graphics. I am currently working on a Deep Learning approach to Structure from Motion, that is, the problem of recovering the 3D shape from a set of photographs of a scene or object.

About Structure from Motion

Structure from motion (SfM) is the problem of reconstructing the 3D geometry and camera parameters given a set of photographs of a scene. State-of-the-art SfM systems assume that all observed motion in the measurements are caused by the camera's motion, and objects that move in the scene are considered noise. Handling this type of noise is indeed one of the main difficulties in SfM. Occlusions, change of lighting and specular reflections are other examples of noise that challenge the robustness of a SfM system. In our research, we consider a temporal sequence of images (video) instead of an unordered set. This makes it suitable for real-time applications where the input is a continuous video stream. We aim to build a system that incrementally outputs the estimated 3D and camera parameters as it reads the video frames one after the other, and are investigating several Deep Learning approaches to solve the aforementioned challenges for this type of sequential data. One of them are Recurrent Neural Networks (RNNs). Prior works have shown that RNNs can perform well on sequence tasks such as translation, speech recognition, speech synthesis and more. However, the higher the complexity between input and output space, the harder it is to train them on long sequences. We are investigating the suitability of RNN's for SfM and how they could be applied or extended.